Advisor to companies looking to mitigate their uncertainties and safeguard their business value ecosystem. 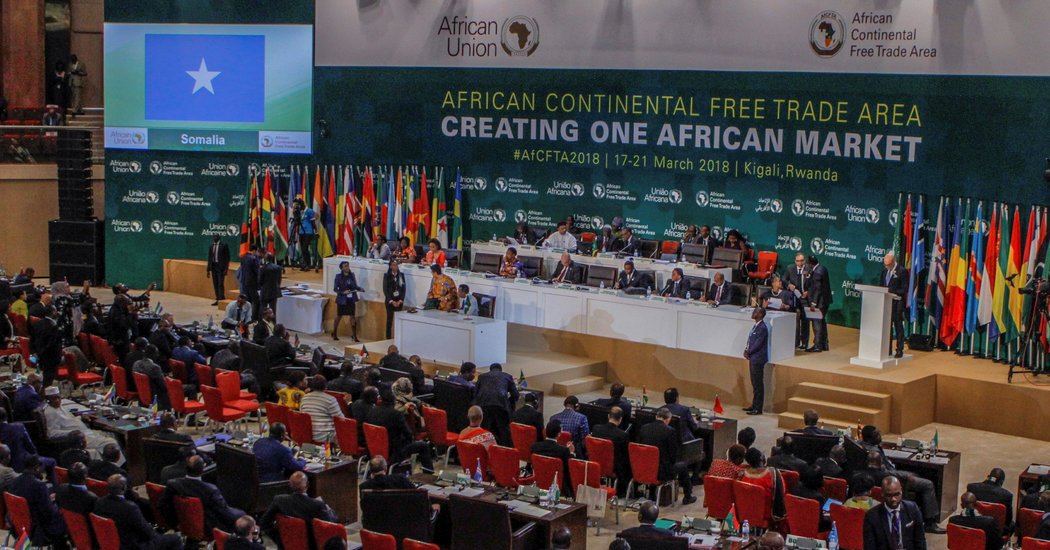 44 (forty-four)African countries recently came together to sign an historic trade agreement to establish a liberalized market for goods and services across Africa. Thus, the African Continental Free Trade Area (the “AfCFTA”) became the world’s largest free trade area since the advent of the WTO.Estimates suggest that, subject to unanimous ratification by the 55 (fifty-five)-member African Union (AU),a population of 1.2 billion with a combined GDPin excess of $2 trillion may be integrated pursuant to the deal. However, Nigeria’s opposition to the pact, threatening to remove the region’s largest economy from the scope of the agreement, may adversely affect its prospects and future benefits.

The AfCFTA is expected to remove tariffs and import quotas, thus setting up a single continental market. Other than tariffs, though,a significant obstacle to regional trade remainsthe lack of a harmonized regime of standards and licenses. The AfCFTA will accordingly aim to lower these hurdles, although it remains to be seen whether such an outcome can be achieved with this pact alone.

Trade wars and trade agreements tend to progress simultaneously, as evidenced in Africa (mentioned above) on the one hand, and the US-EU-China standoff on the other. The rise of alternative trade deals and involvement of new regions in the mainstream global economy have created multiple trading hubs. What is evident, therefore,is both large and small corporations with foreign expansion plans must formulate a clear independent policy based on cross-disciplinary, multifactorial analyses. Such analysis cannot be restricted to merely looking at the product, or gauging entry strategies, delivery, or the vagaries of a new market alone. The entities that wish to grow internationally, setting up global value chains and inter-regional footprints for optimization as well as expansions, will increasingly need to look at evolving trade pacts, including dynamics that change every day with new arrangements and shifting alliances/hostilities. In addition, companies must develop a clear understanding of the economic and political factors that inevitably influence the movement of goods and capital in any regional hub.

Intueri Consulting LLP is currently working on a detailed analysis of the African trade agreement, as well as the present India-Africa trade situation. Our comprehensive report will be published here soon.