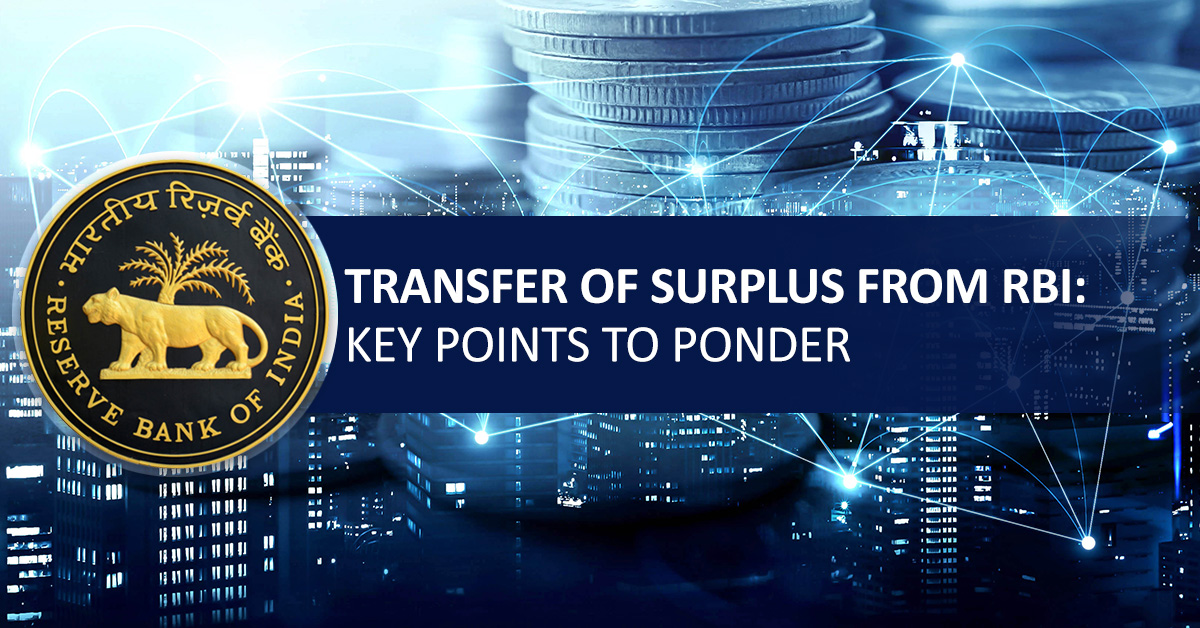 The Central Board of the Reserve Bank of India (RBI) on August 27th 2019 decided to transfer a sum of Rs 1.76 Lakh crore to the Government of India (Government) comprising of Rs 1.23 Lakh crore of surplus for the year 2018-19 and Rs. 52,637 crore of excess provisions identified as per the revised Economic Capital Framework (ECF) adopted at the meeting.

The Expert Committee led by Dr Bimal Jalan, reviewed the Extant Economic Capital Framework of the RBI including surplus distribution policy of RBI in the light of cross country practices, statutory mandate under section 47 of the RBI act and impact of RBI public policy mandate and financial stability considering on its balance sheet and risks.

In the RBI, there are three different funds that together comprise its reserves. These are the Currency and Gold Revaluation Account (CGRA), the Contingency Fund (CF) and the Asset Development Fund (ADF). Of these, the CGRA is by far the largest and makes up the significant bulk of the RBI’s reserves. The fund, which in essence is made up of the gains on the revaluation of foreign exchange and gold, stood at Rs 6.91 lakh crore as of financial year 2017-18. The CGRA has grown quite significantly since 2010, at a compounded annual growth rate of 25%.The CF is the second biggest fund, amounting to Rs 2.32 lakh crore in 2017-18. It is designed to meet contingencies from exchange rate operations and monetary policy decisions and is funded in large part from the RBI’s profits. The Investment Reserve Account (IRA) and ADF constitute a small portion of the RBI’s reserves.

A peek into RBI’s key reserves 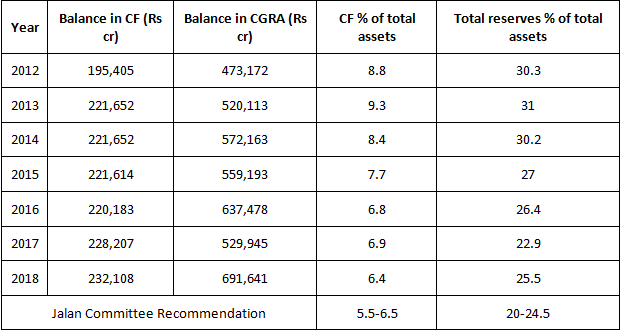 The Math Behind the Transfer

The Jalan committee recommended that the RBI should maintain a Contingent Risk Buffer — which mostly comes from the CF within a range of  6.5-5.5% of the central bank’s balance sheet. Since the latest CF amount was about 6.8% of the RBI’s balance sheet, the excess amount was to be transferred to the government. The committee also decided, for the year under consideration, to use the lower limit of 5.5% of the range it recommended. So, basically, whatever was excess of 5.5% of the RBI’s assets in the CF was to be transferred. That amount was Rs 52,637 crore.

Regardingthe RBI’s economic capital levels — which is essentially the CGRA — the committee recommended keeping them in the range of 24.5-20% of the balance sheet. Since it stood at 23.3% as of June 2019, the committee felt that there was no need to add more to it, and so the full net income of the RBI — a whopping Rs 1,23,414 crore — should be transferred to the Centre.

As on June 30, 2019, the RBI stands as a central bank with one of the highest levels of financial resilience globally.

That Rs 1.23 lakh crore plus the Rs 52,637 crore is what comprises the Rs 1.76 lakh crore that the RBI has decided to transfer to the government. It must be noted that this Rs 1.76 lakh crore includes the Rs 28,000 crore interim dividends earlier transferred to the Centre and does not come over and above it. Given that the RBI has already paid an interim dividend of Rs 28,000 crore to the government, net amount transferrable will be around Rs 1,48,000 crore. For 2019-20, the government had already budgeted dividend of Rs 90,000 crore from the central bank.  This implies a clear windfall gain of Rs 58,000 crore ($8 bn) or about 0.3 percent of GDP in FY20.

How Is the Transfer Going to Impact the Economy? 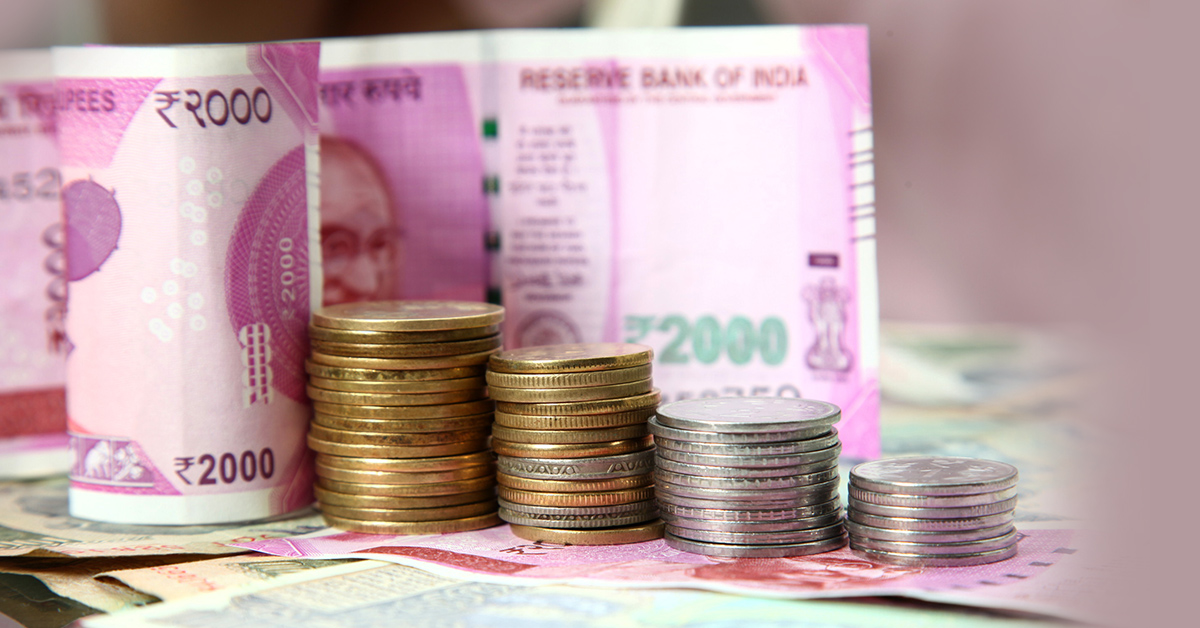 Undoubtedly, the fiscal position improves materially to a large extent post RBI announcement on August 27. The 52,000-crore pay-out will help bridge the revenue shortfall and allow the government the space to still keep the fiscal deficit to the budgeted 3.3 per cent of GDP.

There is a distinct slowdown in the economy which can be attributed to tighter funding conditions, a sharp decline in consumer confidence, a negative central government fiscal impulse as well as global headwinds. The policy response so far is to mitigate the current slowdown has been mainly in the form of monetary action wherein policy rates have been reduced four times by 110 bps from August last year till date. The government has exercised restraint in easing fiscal policies. Despite the slowing economy, the FY20 Budget did not envisage any additional stimulus through the reported fiscal deficit figures, with the FY20 targeted fiscal deficit almost flat at 3.3 percent of GDP, compared to 3.4 percent for FY19.

The current slowdown seems more extended compared to previous episodes of growth deceleration seen during demonetisation or in 2013 following the taper tantrum. Hence, the government could utilise this amount for specific expenditure outlays. If the government chooses to do so, it will have a direct positive impact on growth and also create some inflationary pressures. It is worth noting that if the government decides to spend the amount to support growth, it will be first big push through fiscal stimulus during the last decade. In 2009 after the global financial crisis, the government had spent $6.5 billion, which was equivalent to 0.5 percent of the 2008 GDP, according to IMF.

In an alternative scenario, the government might not spend the windfall gain to propel growth. It could do so because given the slowdown, there is significant downside risk to tax collections. In such a scenario, the surplus from the RBI should help offset the expected shortfalls in various tax revenues in 2019-20 and aid the government in meeting its fiscal deficit target. While a lot depends on the manner of utilisation of excess proceeds, the surplus gain from the RBI is still positive news for equity markets. The surplus of Rs 58,000 crore can help the government tide over any future revenue shortfall implying that risk of fiscal slippage has reduced considerably.In all likelihood, surplus from the RBI will act as cushion against a possible shortfall in revenue collection in FY20 and not as a growth booster.

Furthermore, the RBI is expected to maintain surplus liquidity of around 1 per cent of NDTL (Net Demand and Time Liabilities) for some more months to come to allow the transmission of their rate cuts to flow through the banking system onto the economy. Also, continued lending rate cuts by the banks is expected in the months to come, implying lower returns from liquid and money marketfunds for investors.

Therefore, productive utilization of funds is critical as in the last few years share of capital expenditure as percent of GDP has been falling. In India, majority government spending is to boost consumption than investments, and thus, the RBI’s surplus funds is needed to be used appropriately to have a sustainable multiplier effect on overall development of the economy.