Disruption of supplies from a particular country due to natural calamities, such as pandemics or man-made events, such as armed conflicts, can adversely impact the destination country’s economic activities. Even before the world could completely grasp the devastating health consequences of SARS-CoV-2, China’s desperate battle to contain the new virus forced the imposition of total lockdowns in several pockets of the country. The sudden halt in China’s economic activities had set alarm bells ringing across many international borders as supply shocks began to jolt the destination countries. As the world slowly came to terms with the true virulence of the deadly new virus, China’s economic slowdown’s adverse ripple effects made a compelling argument for the need for Supply Chain Resilience of the most affected destinations.

Mooted initially by Japan, the Supply Chain Resilience Initiative aims to diversify a country’s supply risk across various supplying countries instead of being dependent on just one (or a few).  Japan conceptualised the SCRI as a trilateral approach to trade, with India and Australia as founding partners while keeping the doors open for ASEAN and Pacific-Rim nations for the future. This was a direct response to economies and individual companies concerned by the uncertainty of supplies from China.

How is SCRI different from Quadrilateral Security Dialogue (Quad)

The Quad is an informal alliance of four countries, namely Japan, India, Australia, and the USA. It was formed in 2007 as a direct response to increased Chinese economic and military power. Over the years, the Quad has developed into a forum for quadrilateral dialogue. This forum has not led to the creation of any concrete partnerships on economic activities. Rather, it has been used as a forum to send strong political counter-messages to China as and when convenient by the members of the Quad.

Key Factors Leading to the Creation of SCRI

Supply Chain Disruption Amidst Covid-19: With assembly lines heavily dependent on China supplies, it was realised that the impact on importing countries could be crippling if the source stops production, especially for critical sectors, such as pharmaceuticals, chemicals, electronic and electrical gears.

China accounts for more than a quarter of total imports to Japan and Australia while accounting for 16% of India’s imports. The following infographics highlight the dependency of Japan, India, and Australia on Chinese supplies.

The US-China Trade Tensions: The tariff sanctions imposed on each other during the US-China trade threatened all significant economies heavily reliant on international trade. More than 20% of the world’s supplies are dependent on China and the USA. The unprecedented trade war had even raised concerns that the trade would soon be restricted to two economic zones, each controlled by China and the USA. It was during the trade war that reports first surfaced about Japan tinkering with the idea of SCRI. Finally, the disruption during the pandemic proved to be the triggering point for the conception of SCRI.

Counter China’s Political Influence on the Indo-Pacific Region: China’s belligerent fixation on disputed territories has riled many countries in the Indo-Pacific region. China and Japan remain at loggerheads over claims on the Senkaku islands. The Sino-India border witnessed the worst military clash between the two sides in decades. The repatriation of Australian journalists by China and Australia’s vocal calls for investigation into the outbreak of Covid-19 have exacerbated the hostility between the two countries. Moreover, China’s expansionist approach in the South China Sea has managed to raise significant eyebrows in the face of a greater Chinese assertion.

The Objective of the SCRI

The partner countries in the SCRI seek to increase the supply chain’s resilience by restructuring supply chains away from China due to the increased security risks associated with production networks significantly embedded in, or connected to, China. As per reports, the partner countries are currently focussing on the following:

To work out a plan to build on the existing supply chain network by setting up industrial parks and onboarding ASEAN countries in the SCRI to build upon existing bilateral frameworks, namely ASEAN-Japan Economic Resilience Action Plan.

To attract FDI to turn the Indo-Pacific zone into an economic powerhouse through a trilateral pact for improving sea and air connectivity between the three countries.

To build a mutually complementary transparent trade relationship among the partner countries by incorporating a streamlined trade risk management system and a mechanism to address trade and investment barriers.

A Roadmap Towards Building a Resilient Supply Chain

A resilient and efficient supply chain can quickly adapt to the VUCA conditions across the whole spectrum of risk, which include:

Operational Risks: A resilient supply chain must respond to volatility in the supply chain with improved real-time transparency and mitigation solutions.

Tactical Risks: A resilient supply chain must adapt to an uncertain supply/demand with scenario analysis and roadmaps, risk/opportunity analysis, and sales & operations planning.

The critical decisions which would help in mitigating the above risks would be as follows:

Potential Impact of the SCRI on the Private Sector

Due to the complex and sticky nature of global supply chains, any change in the geographic concentration of private sector supply chains consumes a significant amount of time. Moreover, many global MNCs balk at the thought of shifting supply chains due to the high capital expenditure involved in the process. To expedite such a change, the SCRI must provide tangible long-term benefits to the MNCs and other private sector players to shun China and look elsewhere. It remains to be seen whether the partner countries put pen to papers incentivizing the private players enough to shift and diversify their supply chains across other geographies.

The Japanese government has given a clear message by earmarking $2.2 Billion to incentivize its big private players to move their manufacturing units out of China. This cannot be deemed as a protectionist move as the firms were not mandated to relocate to Japan. Instead, it was a nudge to those manufacturing units to move out of China and set up a base in other third-world countries to move towards a diversified and resilient supply chain.

Going by the signs, SCRI may provide a good platform for India to boost its manufacturing sector and attract more FDI, especially from Japan. However, it needs to have a proper plan to counter the competition from countries, such as Vietnam and the Philippines.

Reaching a Consensus: India has objected to Japan’s proposal for the inclusion of ASEAN countries in the SCRI for now, although it has not entirely ruled out their inclusion in the future. The reasons could be as follows:

India’s Protectionism: India backed out of Regional Comprehensive Economic Partnership (RCEP), the world’s biggest trade deal, due to the apprehension that reduced customs duty would increase the flood of imports and increase the subsequent trade deficit with China. Since India’s trade deficit with ASEAN is also on the rise and with its manufacturing self-reliance aspirations in the doldrums, an argument could be made that any trade deal with ASEAN may lead to imports from ASEAN supplanting the imports from China, thus further denting India’s prospect to be a manufacturing hub.

Time to Agreement: Japan’s and Australia’s strained relations with China post-Covid-19 had spurred them to pin their hopes on India as a viable supply alternative. However, the first major economy to show signs of recovery from the pandemic seems to be China, while India is still struggling to bring the pandemic under control. The resurrection of supplies from China can severely undermine the importance of the SCRI.

Fast Deal Sign-off: For the SCRI to succeed, the partner countries must reach a consensus and act fast to sign-off on agreement of critical tariffs, preferential investment rules, rules of origin, dispute settlement mechanisms, and a mutually agreed timeline for incorporating ASEAN members as part of the SCRI.

Reforming India’s Perceived Image: India’s pulling out of the RCEP trade deal is a clear signal that it is still reluctant to open its market to the outside world. India has traditionally prioritised protecting domestic industries over foreign investment. Compared with India, the ASEAN is more flexible and open in its trade practices, making it more suitable to be the world’s next supply hub. To take full advantage of the SCRI, India must take progressive steps towards cleaning up its perceived image of a protectionist country.

Streamlining India’s Manufacturing & Supply Bottlenecks: SCRI has provided India with a massive opportunity to boost its manufacturing sector and fill the shoes left void by China. But to raise the competitiveness of India’s exports, there is an immediate need to push through long-pending legislation that aims to address the structural bottlenecks w.r.t Land, Labour, Law, and Liquidity. These 4Ls continue to plague and hinder domestic competitiveness.

Collaboration for Technology-Driven Supply Chain: The partner countries must collaborate and share knowledge to adopt an automated supply chain driven by state-of-the-art technology. The full potential of a modern and efficient supply chain resilience can only be realised through technology-driven automated and transparent processes.

The Supply Chain Resilience Initiative is a unique anti-China geo-economic alliance conceptualised for the post-pandemic world. It also symbolizes the segregation of regional and supply lines along geopolitical supply lines. It is anybody’s guess whether the rise of SCRI will spur more such initiatives representing specific political alliances. But what one can be sure about is that its rise will threaten all existing regional economic partnerships.

An alumnus of IIM Kozhikode, Sinjan has a diverse experience as a consultant and strategy implementer in both the manufacturing and the service sectors. After working on new market entry initiatives during his time with the corporate strategy division of Larsen & Toubro, he went on to serve as a strategy and planning consultant for the Prime Minister’s Office. He specializes in process implementation of new initiatives and process improvement of BAU operations. 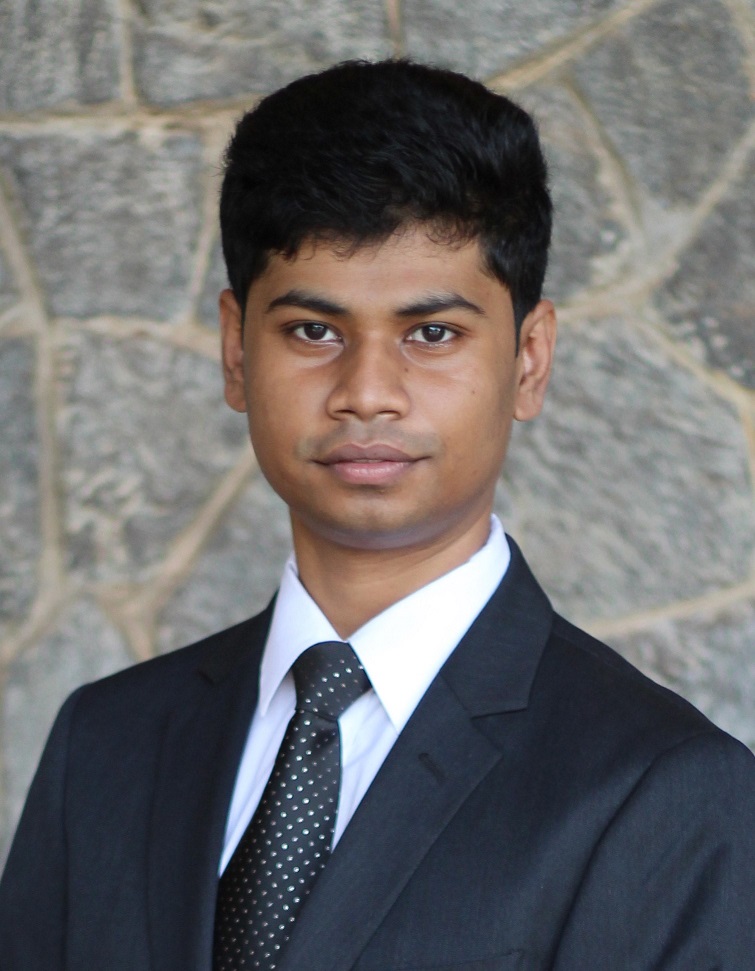