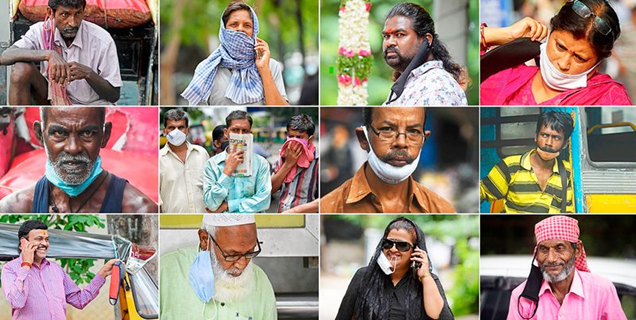 The budget 2021 was presented amidst a challenging macro environment; with the first decline in real GDP in 4 decades, the Govt in India had to walk a tight rope. Though there was no large fiscal stimulus, the absence of any tax hikes and credible fiscal math provides comfort.

The Government through its reform measures would target lowering debt to GDP ratios in the upcoming year with the help of interest rate growth differential (IRGD) explaining the phenomena of debt sustainability. As for a negative IRGD, led by higher growth rates instead of lower interest rates (as in the case of advanced economies), it is anticipated that a fiscal policy stimulating growth would lower debt to GDP ratios. The series of fiscal stimulus introduced in a phased manner is expected to boost investments and revive economic activity further over medium term.

The Budget estimates being short term in nature, much of the focus remains on being watchful of the events unfolding over the next two quarters. Having a firm cushion set by high foreign exchange reserves (all time high at USD 585 billion in January 2021), the Government is well positioned to tackle its external and internal financial issues in the present contractionary condition. Let by higher foreign investments in Indian stocks and lower import bill due to drop in crude oil prices, the Government has been able to imbibe confidence in markets. In line with this, sovereign ratings remain cautious yet supportive of real GDP growth forecasts. While negative outlook currently holds for India, risks of downward revision loom over medium-term consolidation of fiscal deficit targets being more gradual than expected. Fiscal transparency, increased infrastructure spending and creation of ‘bad bank’ have been positively absorbed by the markets and rating agencies.

Thus, while the debate on the causality from growth to debt sustainability and vice versa continues to hold significance, India’s budget recognizes ease in debt and fiscal spending during a growth slowdown or an economic crisis as a way forward measure.

The key focus areas in this budget were:

Coming Clean on the Fiscal Deficit

The Government has pegged fiscal deficit at 9.5% of GDP in FY21RE (Revised Estimate). While the headline number looks scary, a large part of the rise was due to food/fertilizer subsidy, which the Government has decided to take up on its books rather than keeping it off-Budget (through the Food Corporation of India, FCI). This transparency in the fiscal math is highly appreciated and commendable.

The fiscal math of the budget does not seem aggressive on the revenue front. The tax assumptions are rather conservative and could surprise one on the upside- i) For FY21RE, the Government expects gross tax collections to contract -5.5%YoY vs. -3.2%YoY growth until Dec’20, and ii) for FY22, the tax assumptions seem reasonable at 17% YoY growth, with (1) no uptick in the tax-to-GDP ratio of 9.9%, akin to FY21RE, FY20; vs. 11% in FY19, (2) reasonable estimate of oil prices at USD 55/bbl (one barrel) and -7% contraction in excise duties (key contributor to FY21 tax collections) possibly be due to the reduction in excise duty on petrol/diesel to offset for the Agri-infra Cess of INR 2.5-4/litre imposed on petrol/diesel.

Focus on capital spending is encouraging

To propel economic growth, the government has rightly focused on mobilizing funds by monetizing government-owned assets, rather than increasing direct and indirect taxes. Privatisation of 2 PSU banks and one General Insurance Company – The Government also announced further recapitalisation of INR 200bn in FY22E to support the capitalisation of PSU banks. Further, divestment of Air India; Asset monetization program for Oil and Gas pipelines of GAIL, HPCL, and IOCL to be launched; The privatization of BPCL will be completed in FY22.

Positive announcements in the financial sector

The Government has announced setting up of an ARC and an AMC to consolidate and take over the existing stressed debt of PSU banks and then manage and dispose of the assets to AIF and other potential investors for eventual value realization. While the step is in right direction and details are awaited, any meaningful gain for PSU banks will depend on swift recovery/realization of the assets under the new structure. This move should help in a) releasing management bandwidth, b) expedite the resolution process, c) bring transparency in decision making, and d) lead to a meaningful relief in asset quality of PSU banks and thus could aid them in raising external equity capital.

Other beneficiaries- Health and Rural sector

The health sector received priority, rightly so, with the outbreak of the COVID-19 pandemic. Including the allocation of the INR 350 billion under COVID-19 vaccine (which as per experts is underestimated by INR 300 billion), health spending has expanded 60% over FY20 to INR 2.23 trillion. However, this also covers areas such as nutrition, vaccination, drinking water & sanitation (driven by Jal Jeevan mission (urban), and finance commission grants for the same. Thus, core health spending still remains subdued.

According to estimates, rural spending growth has been at 10% CAGR over FY20-22 BE, against 7% aggregate spending growth, with focus on agri infrastructure creation and enhanced allocation on Rural piped drinking water scheme. Rural spending is overall budgeted to normalise in FY22 as the boost from Covid-19 related interventions fade away.

There were no major tweaks in taxes which was a relief to the consumer and the investor vs. fears on the introduction of a COVID-cess and wealth tax. Nevertheless, the Government did impose a new Agriculture and infrastructure cess on items including coal, lignite and peat, edible oils, gold, silver and fertilizers, etc. although unlikely to hurt the consumer. Lastly, the government proposed to review more than 400 old customs duty exemptions in 2021-22 (by Oct’21) and has raised the custom duty rates for various items such as solar equipment and several capital goods import items. This is an effort by the Govt to promote Atmanirbhar Bharat Abhiyan (‘Make in India’ initiative) as well as boost MSMEs. Likewise, reduction of duty on raw materials and inputs required by domestic manufacturers furthers ensures the Government’s thrust on fuelling value addition to domestic production.

Thrust on Infrastructure and Logistics Spending

A lot of impetus has been laid on infrastructure spending starting with the National Logistics Policy expected to create a single window e-logistics market focusing on generating employment, skilling and making MSMEs competitive. Railways would be seen monetising freight corridor assets. Better connectivity easing trade and goods movement is estimated to play positively with neighbouring countries especially with driving economic corridors expansion. The scrappage policy is being viewed to open gates to new infrastructure for scrap yards and recycling industry. Additionally, the custom duty reduction in raw materials like copper (2.5%) and steel products (7.5%) will benefit the manufacturing sectors especially automobile OEMs. This will also reduce the cost to the consumers and thus revive the demand for automobiles. Also, the power sector has been given a push in a big way with DISCOM choices laid on customers with ‘smart’ metering as in other countries. Additionally, to attract investments, concessional corporate tax rate of 15% has been extended to new domestic companies engaged in the generation of electricity. This is expected to lower financial stress on power distribution companies increasing energy efficiency.

Reactions on the Budget

The budget analysis also captures the reaction of young people from varied spheres from students to budding industry professionals. A snippet of these have been presented here:

Although the finance minister’s budget may have passed the market’s test as the stock markets soared by 5% but that cannot be the sole indicator of the social and economic effectiveness of the budget. Only time will tell if the Indian economy is on a path of revival.’

For more information reach out to us at ambarish.dasgupta@intueriglobal.com